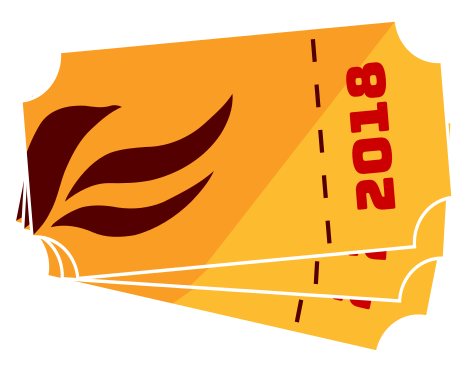 In September 2017, the management of the Liberal Democrat Christmas Draw told us they were hanging up their tombola wheel. It made us dad that they were going to stop the draw after over 20 years.

The Lib Dem Christmas Draw was a nationally organised ticket based raffle run by a team of volunteers since 1995. In that time, it raised well over half a million pounds for local parties and central Lib Dem funds.  Party members,  supporters their families and friends won over 800 prizes.

However, in recent years there had been a fall in the number of Local Parties participating. Much of this was due to the amount of work that was involved for the Local Parties and the draw organisers. Tasks such as ordering, distributing, collecting and sending back the tickets, stubs and money. Buying the tickets became more inconvenient as the use of cheques fell. The draw looked to be on the way out.

But it remained a great idea, and a really strong fundraiser for the Party. So after discussion, we were delighted to be commissioned to develop and launch the new online Liberal Democrat Christmas Draw.

The new custom developed online draw has now fully replaced the longstanding paper ticket raffle.  It is tailored to meet the needs and rules of the Lib Dem Draw.

The 2018 draw has now finished, and we’ve been delighted to see https://libdemdraw.org.uk sell 1000’s of tickets, offer great prizes and raising money for hundreds of Lib Dem organisations. Even more pleasingly, for the first time in years the number of Lib Dem organisations taking part in the draw has risen. It is good for this year and an even better sign for the future.

There were no existing “off the shelf” products with the exact feature set the Lib Dem Draw needed, including many different organisations selling tickets and earning commissions. The new draw site was therefore a bespoke build on Symfony 4.  This features a full administration area, customer management, integration with Mailchimp for mailings to organisations and ticket buyers, and PayPal integration for the ticket sales.

In order to meet the requirements of the lottery licence the draw is run under, there is a hard limit on the number of tickets that can be sold for each draw. This  includes managing the sale of ticket numbers from purchases that are started but don’t complete: that’s more complicated than you might think!

For future draws, the organisers have full access to set-up the draw, the dates it will run, add prizes and more. When the tickets are sold, buyers are emailed with their confirmed ticket numbers and given the chance to tell their friends and family via social media of their purchase.  Sharing is caring!

One of the most visible changes comes at the closing of the draw. Previously that was a hugely laborious paper process. Now the ticket sales close an hour before the draw itself, and the draw process is fully online: you press a button to draw each prize, and the public prize page for that draw is updated with the winner of that page in real time, and that winner sent a notification email directly – no waiting around!

We were delighted with the level of engagement with the Lib Dem Draw organisers through the whole build process and the first draw. Working with their really clear set of objectives, we could bring our expertise to making ticket buying a simple process. We ensured that everything we were doing fully met GDPR and Party requirements and this also helped to drive sign-up from organisations. We’re really hopeful that given the massive reduction in work required by the Draw organisers and also greatly reduced administration costs that the draw will not only continue. but go from strength to strength in future.

We work with organisations and companies, understanding their needs and working with them. Ranging from bespoke builds to customising off-the-shelf products – is what we do.

Can we help you?