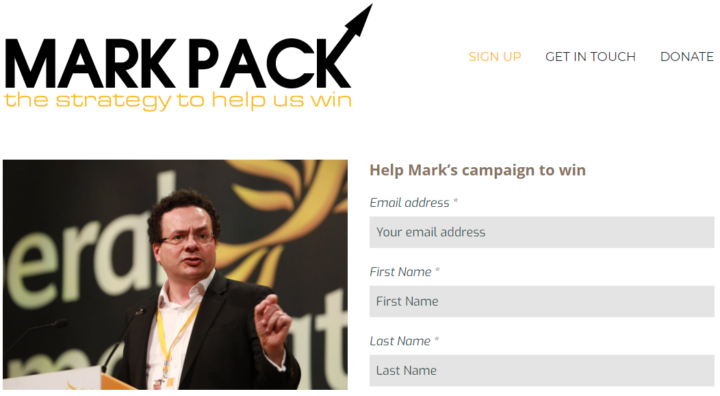 Some of the Prater Raines team have known Mark Pack for many years (probably rather more than any of us are prepared to admit). We were delighted when he approached us to become part of Mark’s campaign team to become the next President of the Liberal Democrats.

Mark announced his campaign on Thursday prior to the launch of conference, and his campaign website went live at the same time.  The Mark Pack President campaign site is built on WordPress and  there is much more to come. However,  the sign-up (feeding to MailChimp), donate (backed by Stripe) and contact pages are in place, and we’ll be adding more pages and content in coming days. Mark Pack  for President!