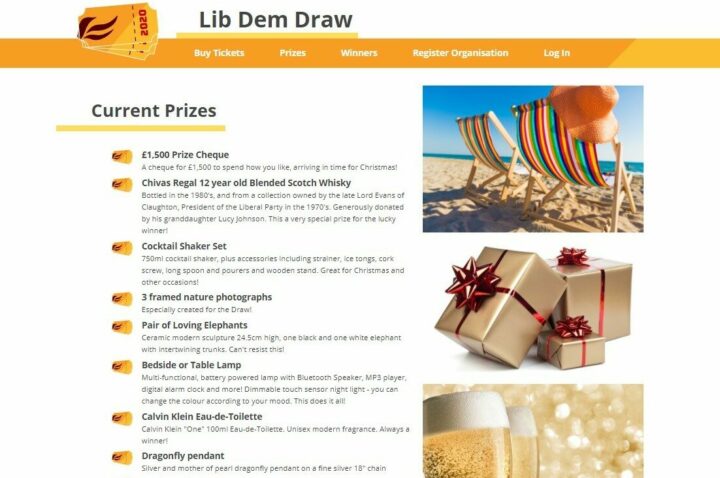 Back in 2018 Prater Raines were delighted to relaunch the long running Lib Dem Christmas Draw as an online draw.

The draw was run again in 2019 (despite much of the draw period being during an unexpected General Election campaign) and raised thousands again for Lib Dem Local Parties and other organisations, and is being run for 2020 now – the Lib Dem Draw 2020  date will be 10th December, with more great prizes!

We’d love to say that sites just work “out of the box” year after year, but they don’t. Each year on reset-up we check that security updates and patches have not effected functionality. As this is part of our ongoing hosting and support for the site it is important that the site work as it should. We then retest everything and add any new tools.

This year’s innovation was to add a new sign-up link directly from the Lib Dems new “Lighthouse” membership management tool we’ve developed for the Party into the Draw itself – and by doing so, the draw is seeing its largest uptake online ever by some margin.

We work with organisations and companies, understanding their needs and working with them. Ranging from bespoke builds to customising off-the-shelf products – is what we do.

Can we help you?